In my initial tests, pages on the new server were loading almost 10 times faster than on the current server. Feel free to play with it. Post away, do whatever you want. when I switch it over for good, everything posted to the beta server will be overwritten with the database from the original.

Let me know if there are any problems.
at 15:58 No comments:

I'm looking at buying some new equipment for recording the podcast. Specifically a new mixer. The one I have only supports two microphones, and to get the guest in for the last two, I've had to pass that mic through my laptop as a preamp and it doesn't sound as good.

So, I'd like to pick up a mixer with >=3 mic inputs (has to support XLR as well as 1/8 or 1/4" mono plugs) and some regular line-level inputs as well. Really cool would be the ability to redirect arbitrary inputs to a secondary output (or to both primary and secondary outputs).

If anyone has any connections, now's the time to give it up :) Or used gear, I'm open to used gear as well, as long as it does what I want at a reasonable price.
at 13:39 No comments:

It's about fucking time

I really don't understand why it took so fucking long to pass the gay marriage bill. Doesn't this shit just make sense to people? This idea behind bill C-38 is one of the most obvious I have ever contemplated. I really do not "get" the people that disagree with it.

I hope that there are whole families of Harper-lovers out there that have headed for their storm cellars because they think the married gays are going to ruin their families.

I realize that most people on this website will agree with me and that I'm "preaching to the converted" so to speak. But man, sometimes it's just good to write about something that you think the government finally got right. I'm not even gay, but this sort of shit is on the same level as things like giving women the vote; i.e., very important, don't you think?

Update: It's been more than 12 hours after the passing of gay marriage legislation and I still haven't seen any de-valued heterosexual marriages. Hmmm...wait...no way...Maybe Harper was wrong?
at 22:35 No comments: 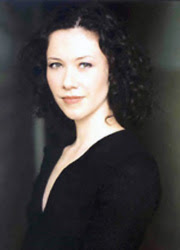 There is a new potential law on the books of the Nova Scotia government. Halifax city council voted overwhelmingly in favour of recommending the "Safe Streets Act" to the province allowing the police to arrest aggressive panhandlers.

One member of an activist group present during the vote had to be carried out of City Hall by police after they were asked to leave, so there is definately some disagreement as to whether it was a good idea. But What I think is the most curious thing about this propsed law is the question, "What exactly defines aggressive?" I've never had a panhandler get physically aggressive with me, but I've had them ask me repeatedly for money. Enough that I felt uncomfortable and just wanted to get the hell away from them.

Is this just an excuse, as the protester said, to "make poverty illegal" or is it a reasonable course of action given that panhandlers can be potentially dangerous to the public?
at 08:29 No comments:

Thanks for the gifts!

I just wanted to say thanks to all the people who brought with them birthday gifts for me on Saturday night. I totally didn't ask for or expect them, so it was even nicer to get something. I ended up with two quarts (or 26'ers for you newfs) of liquor (Crown Royal and Captain Morgan's Private Stock) and three lobsters complete with a stick of real butter!

Thanks everyone, I really appreciated you all coming out and having a good time. Except for the magnets...but I'm not going to let that sully the experience :) Hopefully next year, for my 30th, it'll be even bigger and better.
at 21:21 No comments:

I think I crashed a party

Tanya and I went downtown on Saturday night, to the Seahorse. I'm fairly certain we weren't supposed to be there because the place was not have as crowded as I would have expected. Not very crowded at all. Turns out we crashed some sort of EMI executive's retirement party. Man, was he ever drunk...but 8 shots of tequila in about 20 minutes will do that to you. Jimmy Rankin and Scott MacIntyre were playing too, so that was pretty cool.

After they started those guys played, we were treated to the billed act for the night, King Konqueror. First time I'd ever seen them play, and they were good. They're going to be back at the Seahorse on the 23rd of June, so go check them out if you're into that sort of thing.
at 21:57 No comments: